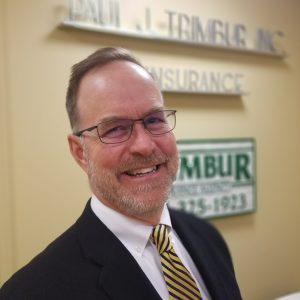 The media has shared information about the fact that insurers are not paying loss of business income claims related to Covid-19 mandated closures.  But insurers have stated that the policies (legal contracts) do not cover losses related to closures due to a virus because they can’t charge a premium to account for that.  Even President Trump has stated that he thinks insurers should pay something to these businesses who have paid premiums for years but not filed claims.

I’m going to type this slowly so everybody can understand.  An insurance policy is not a savings account! It is a contract based on actuarial calculations of the spread of risk.  An actuary is that person who sat in the front row in calculus and enjoyed the class.  They crunch the numbers to determine how much premium an insurer needs to charge lots of businesses for the next 12 months to pay for things that will probably happen to some of those businesses in the next 12 months.  After they collect the premium, the insurers pay out to the businesses that had something happen to them.  The money goes away every year.  Then, they have to figure it out again.  The premium paid in over the last 10 years was used to pay claims each of those 10 years.  It’s not sitting there waiting until it’s needed by the person or business who paid it.

I took a course in probability and statistics in college.  Nope, it’s not what made me want to be an insurance agent.  In fact, it was held in the fieldhouse, which was a bit of a hike away from the rest of the classroom buildings and student union.  So I may not have had perfect attendance.  And I likely didn’t earn an A+ in the class.  But I did learn that the law of large numbers makes it possible to predict the probability that an event is going to happen.  The more data you have, the more accurate the prediction.

Insurance actuaries have a ton of data to make their predictions.  They can predict roughly how many restaurants in a certain geographic area are going to have a kitchen fire in the next 12 months.  They know roughly how many pipes might burst or tornadoes whip through town.  So, they know how much premium to collect from all their insureds in order to have enough money pay out claims to the insureds that will have the claim that year.

There are not enough points of datum to tell an actuary how many times in the next 10 years that every business in the United States will be ordered to close simultaneously!  There is no way to calculate how much premium to charge.  And if there was a statistically accurate way to calculate it, the premium insurers would have to charge to pay for the current business interruption would be prohibitively expensive.

The property & casualty insurance industry’s total surplus (money they are sitting on to pay claims when they come in) is $812 billion.  It is predicted that businesses are going to lose $900 billion in income due to the Covid-19 closures.  If insurers were somehow forced to pay for claims for which they did not collect premium, they won’t have money left to pay for claims that they have predicted will happen. Yet there are legislators who think this makes sense.   They don’t understand that the insurers aren’t being greedy.   It’s not that they don’t want to help. It’s that they can’t.  The money is just not there to pay these types of claims.  It’s needed for the other claims that are going to happen.

Many insurers (every insurer we represent) have announced that they are giving premium refunds to their personal auto insureds because people are driving fewer miles during this quarantine.  That’s cute.  But it is marketing.  They want to look like they are “doing the right thing”.  But remember that insurance is based on probability and statistics.  There are no hard numbers that there are fewer auto claims yet or fewer miles driven.  The data takes a while to collect.

Sure, logic will tell you that a lot of people are driving fewer miles.  But I want to hear from the Uber Eats, Door Dash, or local pizza shop delivery drivers.  We will have the data at some point.  But a month into a quarantine, the data has not been collected.

The average 15% premium refund is not a calculation determined by the actuarial department of an insurer.  It is from insurer’s marketing department.  The insurers I am aware of are refunding 15% of premium paid in April and May.  15% off sounds great.  It makes good headlines. The CEO of the insurer can say in a press release that they are doing something to help their insureds in this situation.  But pull out your calculator.  15% of 2 months is 2.5% of your annual premium.  It doesn’t sound like quite a big sacrifice the insurer is making does it?

I don’t want to paint the insurance industry evil for its response to the crisis.  Insurers are doing more than just giving premium refunds.  There are additional coverages extended at no premium charge, extended payment plans, waived late fees and more.  But the premium refunds are more sizzle than steak.

The refunds are small because there isn’t excess premium sitting there to refund.  Remember, you can’t change the statistics.  Claims are going to happen. Premiums need to be collected to pay those claims.  Insurers have operating expenses.  It’s a competitive business.  Insurers have offered plenty of discounts just to earn your business in the first place.  They haven’t collected a lot of extra premium from anybody.

Denying business income claims right now is not a bait and switch.  Offering a truly meager premium rebate is not a marketing ploy.  The numbers don’t lie.  The statistics exist.  There is only so much that the industry can do.  I wish it were different.

If you have made it to the end of these ramblings, thank you for your time and persistence!  Feel free to reach out to me with any questions.

I Just Bought a New Car. What Insurance Coverage Do I Need? 7 Facts About Teachers That Might Surprise You