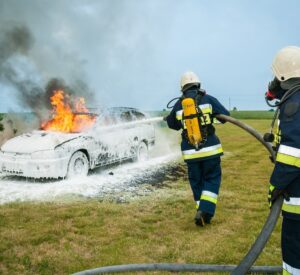 I hope you are surprised to see that as a subject line from an insurance agent!  This is not a “how to” column.  That headline is from an actual online search performed by a local man.  He reported to police that his car was stolen.  Five days later, the burned-out car was located in the woods about three miles away from the man’s home.  State Troopers were able to determine that it had been set on fire and were able to identify the car by the VIN.  As part of the investigation, troopers obtained a search warrant for the man’s phone and found the subject of this article in the search history.

He has been charged with arson, insurance fraud, making false reports and risking a catastrophe.

You have to be pretty desperate when you get to the point of planning what police have charged this man with planning.  Of course he is innocent until proven guilty.  And I’m not condoning insurance fraud. It should be prosecuted to the fullest as it costs each and every law-abiding insurance consumer.  But I do pity this man.  He was obviously desperate and did not have the support and advice he needed.

When you have a problem, don’t go it alone.  Ask others for advice.  Get a different perspective.  A group of individuals whom you can bounce ideas off of was called a “mastermind group” by Andrew Carnegie.  He had a mastermind group and attributed much of his success to the ideas that came out of his master mind group.  It is described in the book “Think and Grow Rich” by Napoleon Hill.

If he had an insurance advisor he could rely on, he could have received the consultation you should expect from your agent.  I can’t tell you how many questions I have received from clients over the years that started with “Hypothetically…?”  Often the situations are much less hypothetical than you would hope!  This one would have been easy.  I would have let him know that what is happening to him now would have been the most likely outcome.

I don’t know that I could have solved whatever problem has made him so desperate.  But part of being a professional is going beyond the obvious.  Sure, we could have explored lowering limits and increasing deductibles to save premium.  But if a person is desperate enough to search for how to pull off insurance fraud, there is likely more help needed than just getting insurance installment payments a little lower.  And that’s where having a local agent who is connected to churches and local social support networks is important.  An insurance customer service rep at the end of an 800 number in some call center in another state or at the end of an online chat prompt likely isn’t going to have the time to help with anything beyond the insurance policy.  And they just wouldn’t be connected to the local resources that might be able to help.

We put our hearts into work for our clients. Never be afraid to reach out with concerns or questions.  Call us before you end up with embarrassing inquiries in your browser history.